Steve Gurney is available as a Business Keynote Motivational Speaker, After Dinner Speaker and as a Team Building expert for Conferences, Conventions and Corporate Events.

Steve has a long history of racing innovations like the Evolution Kayak, now the accepted standard in NZ racing kayaks, and of course there is the controversial, (and consequently outlawed), fully enclosed Pod which shaved a massive 30 minutes from the final cycle leg of the Coast to Coast.

Steve Gurney travels a couple of times a year to compete in Adventure Races which are the most enduring of endurance races. Traversing jungles, swamps, rivers, seas, deserts and mountains as a team, the athletes navigate their way through the course by foot, horse, raft, kayak, bike, and sometimes camel. For 8-10 days continuous they sleep only when they dare. As you may expect, Steve Gurney has interesting tales to tell that will make you cringe, cry and laugh.

Ironically, it was one of these adventure races that toppled Steve from his reign as New Zealand’s top multi-sport athlete. Infected by bat dung as he raced through the Mulu caves, Steve suffered circulatory collapse, pulmonary oedema followed by renal failure. This saw Steve dragged through intensive care wards in Malaysia and Singapore coming very close to death.

It is Steve’s fight back to winning form in just two years, in the face of scepticism, doubt and uncertainty of health that has spawned many requests for speaking engagements. This comeback makes a fantastic inspirational speech “Obstacles = Opportunity.”

Steve Gurney speaks passionately on themes from his sporting experience in a format that allows parallels to be drawn to business. Apart from his content about determination and his race winning formula, Steve’s speaking is embellished with anecdotes from adventure, horror stories, and humour from his travels. Team Adventure Racing in extenuating circumstances has given Steve interesting insights to share on team dynamics.

He was voted 1991 and 1998 Canterbury Sportsperson of the year. In January 2004 he received a Order of Merit in the new Year’s honours list for services to endurance sport.

Steve has successfully competed in numerous multi-sport races around the world. His life is an adventure. If there’s not a mountain to traverse, a river to kayak, swamp to slither through, or bush to negotiate, then he’s not altogether satisfied. While no longer a full-time athlete, he still competes in selected events…even on Television in ‘Dancing with the Stars’. 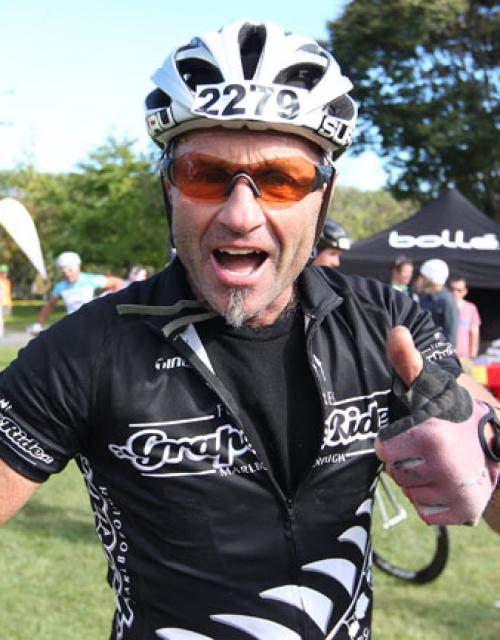